How Sanki started as a writer and ended in service engineering?please take a look at the changes in the business and the unchanging strength of the company.

Tatsuo Maruyama founded the company in Tokyo/Kudan as a freelance writer.

The founder, Tatsuo Maruyama, worked as a writer and created catalogs at the time. Through the creation of comprehensive catalogs, there were opportunities with major electronics manufacturers of air conditioners that would later become one of the main business partners, but the establishment of the company was originally for writing.

Through the relationship with a major electronics manufacturer, Tatsuo Maruyama envisioned a future where air conditioners would be popular, and founded Sanki where the installment of air conditioners was the company business.

The number of general households with an air conditioner would reach 10% by 1973, and at the time, it was still an unusual business.

During the spring, the current chairperson, Yoshiko Maruyama, joined the company.

After residing in temporary offices in Honkomagome, Bunkyo-ku and Higashiogu, Arakawa-ku for eight years, the head office was located to its current location.

When air conditioners were one of the “three new sacred imperial treasures” and when the number of households with air conditioners reached nearly 50%, the company was invited by a major electronics manufacturer, one of the main business partners, to provide capital. After rejecting this offer, work from the main business partner vanished, however, it would become a major turning point.

The company accepted the work of providing lectures for construction companies about FF heaters (forced ventilation heating equipment using outside air that exhausts the gas from the combustion to the outside) of Tokyo Gas, and continued to use its strengths. These activities would become highly regarded, and the company would start to accept many government projects through Tokyo Gas.

Expansion of the business

From this time, the concept of a group of professionals who can make proposals was set forth, and the alternation of generations would gradually progress. The company would start to work with many businesses outside of the original air conditioner design and execution.

The second son was interested in business more than facility construction, such as interior finishing and expansion into a business where one could contribute to the earnings of customers in a more active way, and so he decided to become independent. He would establish a design company to handle the interior design and advertising design of companies and stores operating near Sanki. In the field of interior finishing, he maintained a close relationship with facilities for air conditioning, and they are still in close cooperation with one another and function as a brother company.

Representative (at the time) Tatsuo Maruyama dies suddenly, and Yoshiko Maruyama takes over the business.

In a situation where preparation for the succession of the business was insufficient, the founder, Tatsuo Maruyama, died suddenly. The wife, Yoshiko Maruyama, who was the wife of the representative and had supported Sanki since its founding, was appointed the representative, and started the preparation for turning the company over to her first son in the future. During this time, the succession of skill advanced along with the alternation of generations, and the average age of the employees grew younger to approximately 35 years of age.

In changing into a service engineering business, from the aspect of many cases of working while the customer works on renovations and maintenance, in order to increase the awareness of employees that they are constantly being looked at, reform of a new uniform design was executed. With the catchphrase “workers speak with their backs,” we employed working clothes that is intelligent and strong reminiscent of a group of professionals with the strength to make proposals. The design was proposed by ROOM810 Co., Ltd., which was run by the second son.

Kazuhiro Maruyama is appointed the representative

The name of the company is changed to Sanki Co., Ltd.

With the increase in construction for electricity/water/interior finishing as a comprehensive engineering business not simply just air conditioning/ventilation, the name of the company was changed before the 50th anniversary of the company. 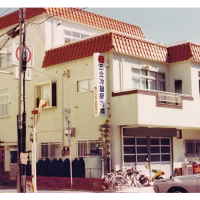 The new office building 36 years ago 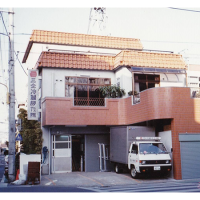 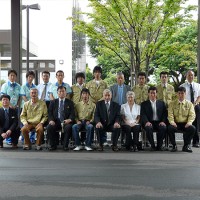 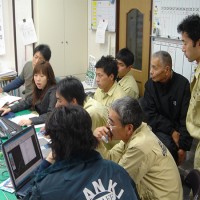 Becoming proficient in IT 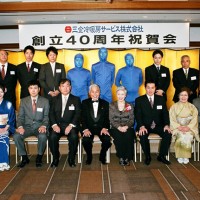 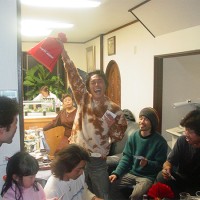 Commemorating the renovation of the office 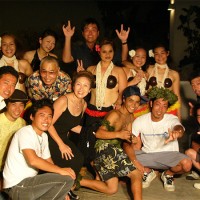 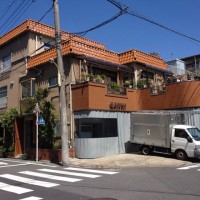 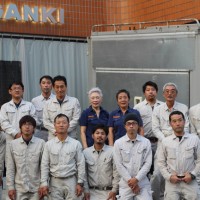 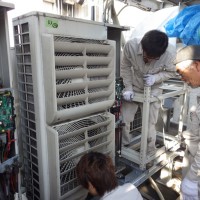 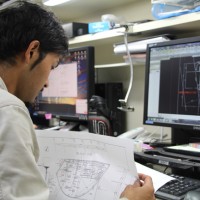 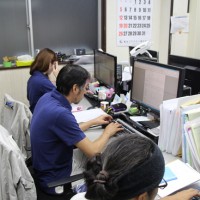 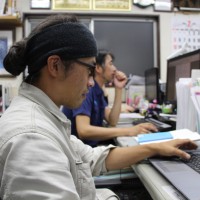 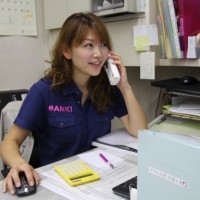 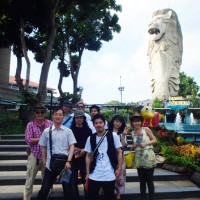 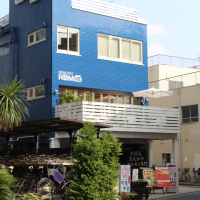 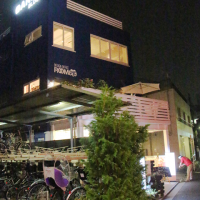 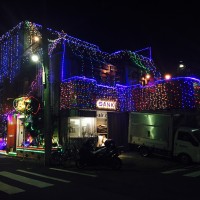